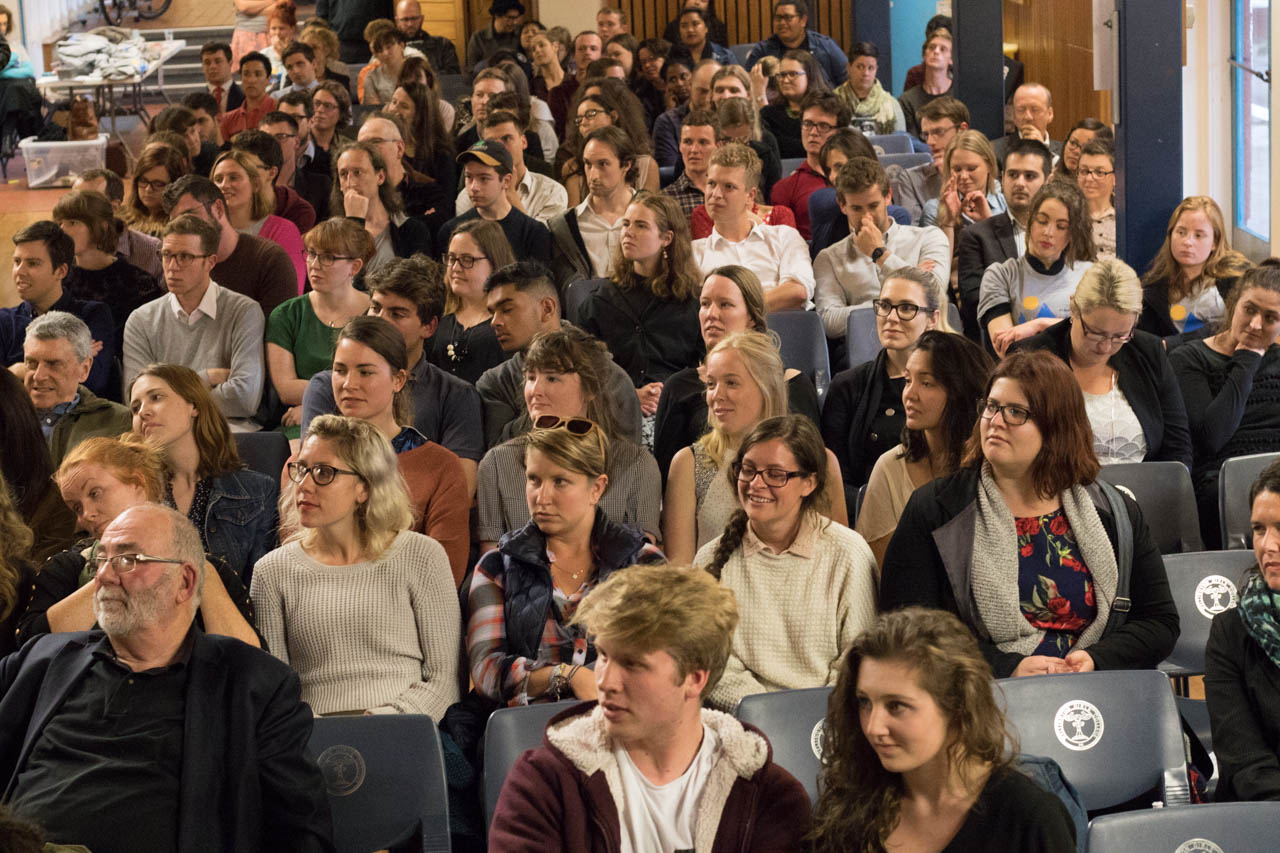 Being part of the conversation

---What does a public consultation on the justice system feel like? An attendant of the Wellington session of Te Uepū, the Justice Advisory Group, writes about their experience---

I turn up to a dark, cold church. People are spaced out awkwardly in the pews and mild chatter floats to the ceiling. The dimly lit Te Uepū (Advisory Group) faces the congregation. They don’t bother to fix the broken microphones in front of them because their voices aren’t the ones to be heard.

This is my first public meeting. I’ve come here to listen because I want to know what New Zealanders have to say about changing our criminal justice system.

The system clearly doesn’t work. Around 60% of released prisoners reoffend within 24 months and most of that crime is clouded by alcohol and drug issues. Less than 10% of family violence spending is placed in prevention and Māori are massively over-represented in our criminal justice statistics.

Most people turned up today because they know all of this. The challenge is communicating justice issues to other New Zealanders, and figuring out what sort of system we want.

As he stands to speak, Mātua Chester Burrow’s presence is felt. He understands the complexities of crime and once led positive change in the youth justice space as Associate Minister of Justice. The buckles of his political past have loosened because he talks about politicians who respond to “hot button issues” and billions of dollars being wasted in prisons. I sit and hope we aren’t in the midst of a repeated conversation.

We split off into groups and I welcome Dr Jarrod Gilbert’s suggestion to move us outside, away from the burning candles and the amplified voices. I look around at this unusual crowd gathered here on a Monday evening. We’re all here for different reasons and there are many voices to be heard.

The self-represented litigant is first. He’s fed up with the legal language, the confusing laws and the politicians who make it all even more confusing. He blames lawyers who don’t care and judges who don’t listen. He says the doors are closed – and your trial date is still one year away.

The disheveled defence lawyer is up next. He’s got a number of suggestions: repeal three strikes (a draconian, stupid law); increase the youth justice age to 20 (adolescence is lengthening); get rid of double bunking (people are being strangled); and shorten sentences (the incentive for defendants is to lie). He talks about victims he’s made cry in a process he didn’t really believe in.

We hear from victims. We learn about a daughter who was raped but couldn’t access funding because she was too scared to tell anyone. We hear from a mother whose son was killed by someone she learnt to forgive. She’s now a volunteer tutor at the Rimutaka Prison, helping prisoners attain NCEA qualifications. We learn that “it’s about healing people” and it can take time.

An offender tells us there must be a heaven out there because prison is hell. Prison numbers have skyrocketed and it has become harder to release people on bail. Spending millions of dollars on rehabilitation inside prisons hasn’t worked and more needs to be done outside the gate. Better yet, let’s empower Māori to develop their own solutions for their own people. Let’s invest in our rangatahi and intervene before the gates even open.

Health based approaches are being lost in the chaos. An alcohol and drug counselor tells us of a client who waited one month in prison for his gout treatment. He shat his pants, lost his dignity and still had to wait 10 more days. A mother says her imprisoned son wasn’t allowed to put sunscreen on his melanoma-scarred face. When he finally became eligible for parole, he missed the birth of his child because administrative boxes weren’t ticked.

A shy man at the back tells us his best friend died in prison. He could have been saved.

These are the many voices I heard – and the Advisory Group will be listening to more. The stories and our dismal crime data reiterated what I know to be true: we can’t afford to keep maintaining a broken system.

More conversations need to be driven by people who want something better.

Political will only goes so far. We can’t let Election 2020 be dominated by tough on crime vs. soft on crime because it’s not that simple. We’ve got to establish a genuine desire for long-term change in our justice system. Then we can invest in solutions that will truly work.