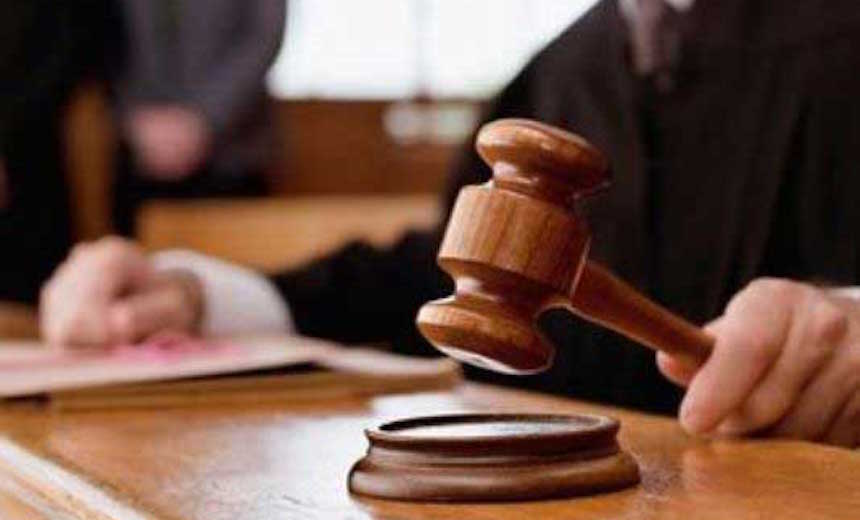 As Aotearoa New Zealand grapples with the ‘new normal’ under life in the lockdown, we have watched the Government demonstrate innovation and leadership in the face of this global pandemic. At JustSpeak, we applaud many of the measures taken to protect our communities.

However one vulnerable group has been overlooked. The current situation has highlighted both our common humanity and the inhumanity of incarceration. We believe as many people in prisons as possible must be able to return home, to keep them safe and to achieve broader public health goals. The Government’s emphasis on kindness during this pandemic has helped to dismantle divisive rhetoric that has taken hold in other countries and implemented a sense of collective responsibility in uniting against COVID-19. We need to ensure this message of kindness is extended to those within our justice system.

This matter is urgent. A COVID-19 outbreak within New Zealand prisons could easily overwhelm prison health-care services and put pressure on the rest of the healthcare services. As a recent article in The Lancet made clear, prison healthcare is a matter of public concern, given that correctional institutions are “epicentres” for infectious diseases because of the close contact in often overcrowded, poorly ventilated, and unsanitary facilities.  The World Health Organisation has since issued guidelines to stop prison clusters of COVID-19.    Other countries have taken decisive action to stem these risks by releasing people from prison , and their efforts described in more detail below.

There is an opportunity for you now to reduce our prison population in order to mitigate risk to those incarcerated, as well as the staff and essential visitors working within our correctional facilities. Reducing the prison population now while there are no known cases will also benefit the government’s efforts to lower the likelihood of virus transference back into the community long term, while avoiding placing additional demands on overburdened health facilities.

Most crucially, there is an unacceptably high risk to Māori in prison, prison staff, whānau and communities from COVID-19. The Government must honour its obligations under Te Tiriti O Waitangi, and prevent this pandemic from further entrenching existing inequities for Māori. Reducing the number of people pulled  into the justice system and those being held in our prisons is essential, to avoid further harm caused to Māori communities, individuals and frontline workers in the courts and prisons. This would also demonstrate the Government’s genuine commitment to partnership and long-term wellbeing as promised in the Police strategy Te Huringa O Te Tai and the Department of Corrections strategy Hōkai Rangi.

We acknowledge the vital work this Government has done towards creating a criminal justice system that is safe, effective and compassionate. Now is not the time to lose momentum or delay Aotearoa’s progress on justice reform. This crisis has created an opportunity to prioritise changes to policies, laws and practices which will not only help to protect all our communities from COVID-19, but continue to protect our country’s vulnerable once the state of emergency has been lifted.

In the absence of a coordinated effort from all relevant agencies, the impact of the COVID-19 lockdown on justice reform will be devastating. Delays to trials and the suspension of rehabilitation programmes will already be impacting individuals and whānau. While some of these measures were necessary in the short term, the emphasis must now be on resources and policy changes that will advance the Government’s Government’s goal of a safe and effective justice system and support communities to flourish after, rather than simply survive through, this pandemic.

JustSpeak is calling on the Chief Justice, as well as the Ministers of Corrections, Justice and Police, the Attorney-General and Solicitor-General in consultation with other relevant agencies to implement the following recommendations:

For the Chief Justice, the Attorney-General and Solicitor-General and for the Minister of Justice:

For the Minister of Corrections:

For the Minister of Police:

There are many international examples where this risk has been mitigated and the infection rate slowed by reducing the prison population. by good leadership and decisive action. In Oklahoma, New South Wales, California and Iran, correctional agencies are releasing their medically vulnerable and elderly prisoners, those with fewer than six months left on their sentences, and people who are at low risk of reoffending.

This approach has been supported by public health experts, both nationally and internationally, who argue that prisons are vectors for community transmission, disproportionately impact marginalised communities, and need to be considered as an integral part of the public health response.

In other countries, the COVID-19 related deaths of prisoners and prison staff are being reported with increasing frequency. Several of these deaths highlight specific issues around remand, with a Rikers Island death being due to a technical parole violation.11 Unions including the UK-based Prison Officers’ Association have described the situation as ‘very concerning’ while several US-based federal prison unions are suing their government for their ineffective response to the COVID-19 situation.1213

It is impossible to keep our prisons isolated from the effects of COVID-19, and we already have multiple inmates and staff members in isolation after exposure to the virus. Director-General of Health Dr Ashley Bloomfield has publicly acknowledged prisons are ‘high risk places’ for COVID-19. Prisons are by nature communal spaces, which makes it almost impossible to manage isolation or the stringent sanitation required to stem the spread of the virus.

Current measures in place to prevent the spread of COVID-19, particularly keeping people in their cells for 23 hours a day, is not a viable medium-term strategy, given the likelihood that the entire country will remain in some form of restricted movement beyond April. Previous outbreaks in New Zealand prisons have generated public concerns about the handling of public health issues. One recent example included the prolonged tuberculosis outbreak known as the Rangipo cluster, which was traced back to Rangipo prison and has been the cause of ongoing TB outbreaks for at least the last 25 years.

The National Māori Pandemic response Te Rōpu Whakakaupapa Urutā have highlighted the particular vulnerability of Māori within prison, as they are both overrepresented in the prison population, and many of whom have multiple comorbidities which further exacerbate the risks of COVID-19. This is exacerbated by the issues people in prisons have had accessing suitable healthcare, with one Department of Corrections publication describing the comorbidity of drug abuse and mental illness as ‘often undetected and under-treated’.

We need to invest in a system that reflects the values we have demonstrated during this pandemic. Reducing the number of people held in prison is one proactive strategy with long-term positive impacts which will help us build the better and more just society we’ve been given the chance to reinvent.