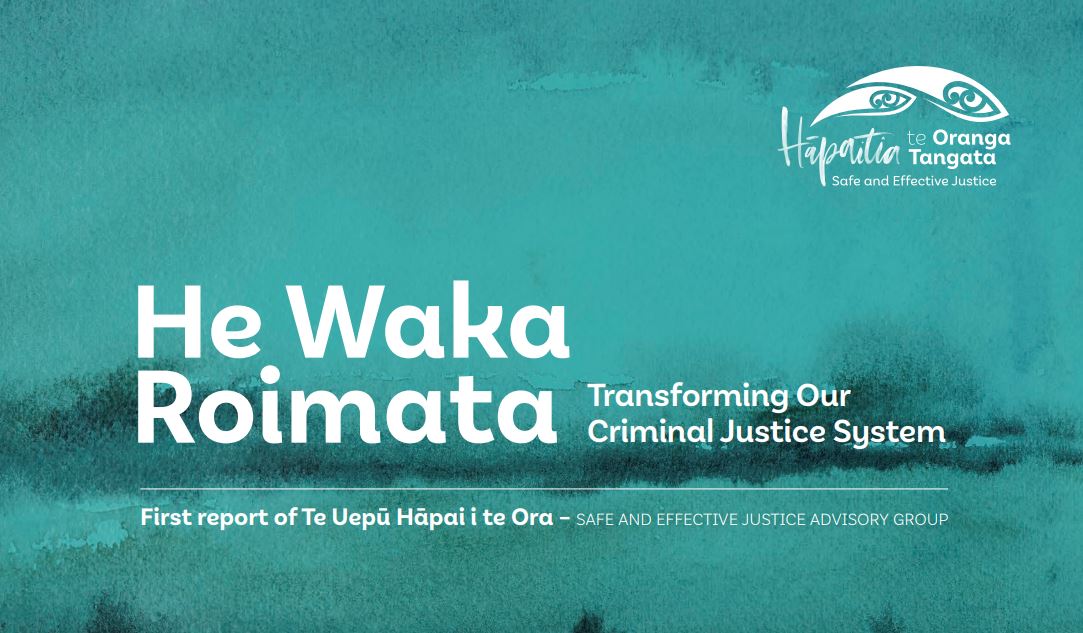 ‍
Cross party consensus, devolving power and resources to Māori, and addressing the social drivers of crime must form part of the Government’s response to the the Justice Advisory Group report.

The report, out today, makes clear that the failures of our justice system have been made worse by punitive, anti-evidence changes to policy and legislation enacted by successive Governments over the past thirty years.

JustSpeak director Tania Sawicki Mead says the only way forward is a cross-party consensus that the current model is broken and the anti-evidence ‘tough-on-crime’ approach from politicians does not work.

“In order to make the transformational change sorely needed, parties across the political spectrum must work together and commit to a compassionate, evidence-based justice system,” she says.

The report shows Māori are the worst affected by our justice system and kaupapa Māori solutions must be at the centre of the Government’s response.

“The justice system has failed Māori for generations and the government must immediately make the changes recommended in the report and prioritise voices, experiences and solutions from Māori whānau, hapu and iwi.

“It is clear from the advisory group’s report that tinkering around the edges of formal justice processes is not enough,” Ms Sawicki Mead says.

“To avoid another report like this in thirty years, the government must also take urgent steps to change the social conditions that play an enormous role in driving crime, such as: poverty, mental illness, addiction, lack of housing and exclusion from education.”

Ms Sawicki Mead says that while the scale of change required is huge, there already exists some positive examples of effective, compassionate approaches to justice to model off of, including Auckland’s Alcohol and Drug Courts, and Te Ara Oranga in Northland.

“In New Zealand’s youth justice system we already have a model of how to successfully reduce harm, with a greater use of restorative justice and more options to involve whānau and communities in addressing the drivers of crime.

“A successful justice system should create accountability for harm caused, reduce reoffending and provide restoration for victims. None of these needs are currently being sufficiently met, and there is no gain in continuing to fund a broken model.

“This Government needs to act boldly and quickly, because transformational change is necessary and massively overdue.”