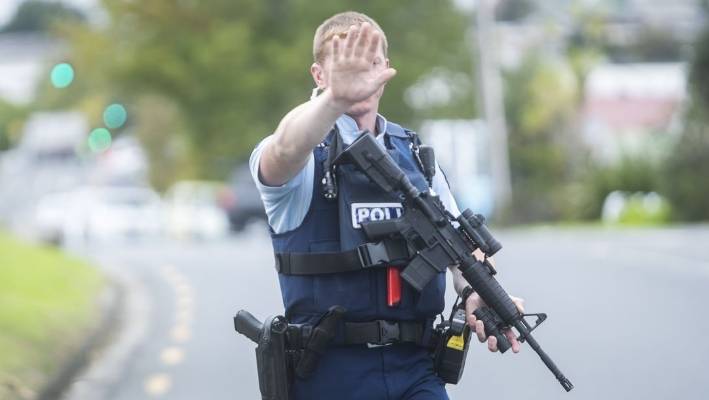 Open letter to the Police Commissioner

We want our communities to be connected; where we support people doing it tough, seek to de-escalate and ease stress, and where we lift up one another with care and compassion. We also want all Police work to support and uphold this vision for our communities.

Commonsense and innovative approaches to policing, including community consultation and collaboration, will give all of us the best opportunities to live in safe and thriving neighbourhoods. We are calling for no further extensions to the Police Armed Response Team pilot, and a commitment to community-based approaches to policing from the New Zealand Police.

We do not accept that the introduction of more firearms into our communities will make us safer, with the increased risks this poses to the lives of our whānau, friends and neighbours during interactions with police. To date, Police have failed to demonstrate that the Armed Response Team trial is grounded in an evidence-informed approach to improving the safety of New Zealand communities.

In announcing the Armed Response Team pilot, Police made reference to the March 15 terrorist attacks on Christchurch mosques, claiming that the “operating environment has changed”. In our view, citing this tragedy as the reason for implementing the trials exploits the shock and fear following those attacks, and distracts us from efforts to build greater social cohesion. The almost immediate expansion of the Armed Response Team mandate to include “preventative patrolling” shows us that these teams were never intended just as a precaution in case of high-risk situations.

Any increased arming of police lays the foundation for more hostile interactions between New Zealanders and police. If we allow this to continue, we will see an escalation of hostile interactions, which will put police and community members at greater risk of harm including death.

The militarisation of police following terrorist activity has disproportionate impacts on communities of colour and minority groups around the world, including in Aotearoa. As you yourself have acknowledged, there is strong evidence of “unconscious bias” against Māori and people of colour within the New Zealand Police. In 2018, Māori were involved in over half of all events where police deploy ‘tactical options’, including dogs, TASERs, firearms, and pepper spray, despite only making up 16.5% of the population. Evidence suggests that police are more likely to use these options against Māori and Pacific peoples, compared to Pākehā, and the presence of Armed Response Teams will increase the risk of further disproportionate injury and trauma for those groups.

People experiencing mental health crises are also at increased risk from Armed Response Teams. For example, in 2018 ‘tactical options’ were employed by New Zealand police in nearly 200 incidents involving ‘suicide attempts’, and of these over 40% involved the use of tasers or firearms.  Similarly, neurodiverse people, disabled people, and Deaf people are also at increased risk of Police violence, when their characteristic behaviours or movements are misinterpreted as non-compliance or aggression. Young people will also be put at substantial increased risk from Armed Response Team interactions. Neuroscience tells us that young people are still developing reasoning capabilities until their mid-20’s, and are consequently less well equipped at regulating crisis responses.

While the Armed Response Team trial has created a lot of fear and concern for communities across Aotearoa, Police now have an opportunity to open a genuine conversation with the public, not only about arms but the wider relationship between officers and the communities they serve.

We know that people enter the police force because they want to help - because they are committed to serving our communities and keeping us safe. Policing is often a response to people who have been pushed into crisis by the erosion of support systems. But systemic problems will only ever be solved by systemic solutions, that are driven by communities, working in collaboration with government, including police.

We are calling on you to stop the Armed Response Team pilot immediately, and to halt the increased arming of police in Aotearoa.

Our requests of the Police:

The undersigned seek a commitment from the New Zealand Police to:

Let's Deal With It Campaign