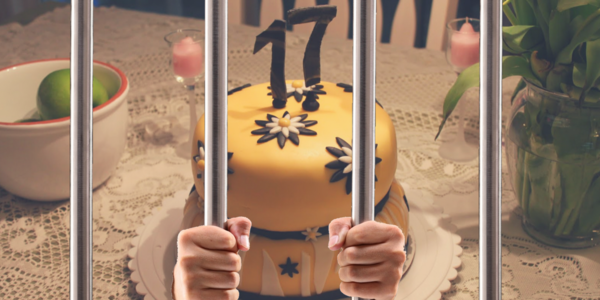 Playing the youth justice limbo - what’s the hold up?

“Being put through the adult justice system at 17 was terrifying, having never been arrested before. The weight of my sentencing really only held me back in life, and ultimately the system failed to do anything to help me move forward with life changes to help prevent reoffending.” - Edward

Nine months after announcing that they will consider raising the age of youth justice, the Government is yet to make a decision.

It’s not that they’re bored of making decisions as they near the end of their third term. It’s just that this seems to be a particularly tricky one. Other decisions, such as spending $2.5 billion on prison expansion, are apparently more straightforward.

A few days ago the Minister of Justice, Amy Adams, declined to appear on Nine to Noon on this issue, but did say that a decision will be announced in due course. She said Cabinet will consider not only the rights of the young people, but also their victims and potential future victims.

Great news. The youth justice system has space for those harmed to have a voice and a say in the outcome in a way that the adult justice system doesn’t.

Having young people in the adult justice system becomes a vicious cycle where once you're in you’re more likely to cause more harm to others and keep coming back. Within 2 years of release, over 90% of prisoners under 20 are reconvicted.

If ever the evidence was clear it is here. A new inquiry led by MPs in the UK concluded that “there is irrefutable evidence that we should keep young people up to the age of 25 out of prison”.

But is this really what the Minister means? Those who have been harmed by others are, on the whole, even more supportive of rehabilitative approaches. But often the word ‘victim’ is used as code for ‘law and order’. As we approach an election year this decision is unfortunately a political one.

But the support to take young people out of the adult justice system has been fantastic. 35 organisations, including Victim Support, Salvation Army and Barnardos along with us at JustSpeak, called on the Government to take 17 year olds out of the adult system.

More recently, over 3500 of you have signed a petition to take all young people up to the age of 21 out of the adult justice system. More than the number of signatures, it is the comments that have just blown us away.

Edward said “being put through the adult justice system at 17 was terrifying, having never been arrested before. The weight of my sentencing really only held me back in life, and ultimately the system failed to do anything to help me move forward with life changes to help prevent reoffending.”

Other people pointed to the long road that many of these young people have been on before they reach the justice system:

“Under the age of 21 most young people still think like children, especially if they lack a reason for living. They need a specifically designed rehab programme to give them faith in a system that has failed them.” - Ann

As well as the impact that a criminal record has in the form of “a dark shadow over their whole life” - Barbara, many people share Sharon’s view that “young offenders need guidance not prison”.

This view is supported by research and experience of those working with young people, such as Dinah:

“I'm a teacher, and brain-development research shows young people can change when restorative practices are used, when empathy is grown, and good consequences are given to heal the harm caused. Also, I'm a parent of a disabled child & would hate to see any disabled young person in prison.” - Dinah

You can add your say, and join the campaign here.