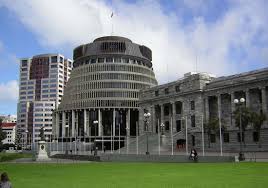 Nowadays, very little about the criminal justice system in New Zealand surprises me. Occasionally, you may present me with a new piece of information that elicits a short grunt of intrigue before I inevitably mutter: “Yeah. Given New Zealand’s colonial history, systemic racism, and overt exclusion of even the slightest hint of non-conformity, that makes sense.” Often, I forget that, for those encountering these statistics for the first time, they remain surprising; they can even come across as quite shocking.The first time I was truly alarmed (about a criminological fact, at least; I get alarmed by other things all the time) was during a second-year criminology course, when our lecturer outlined, in clear detail, some general statistics about how prisons operate in New Zealand. At the time, my attitudes towards the criminal justice system could best be described as ‘apathetic’. As I sat in the lecture theatre, taking notes, I ensured that I afforded the least amount of attention that I could get away with. The lecturer was talking, but I don’t think I was listening. I was writing, but I don’t think I was reading. I was learning, but I don’t think I was processing.“The government,” I wrote at the time (2016), “spends $90,000 a year to keep just one person in prison.”“Comparatively,” I continued, “the yearly cost of an individual serving a community-based sentence is $3,621.”“89.4% of those in prison have a current substance abuse or dependence diagnosis.”“Despite only making up 15% of the general population, Māori make up 50% of the prison population.”It was the last statistic that caught my attention; in the margins, I wrote a short memo to myself: a 4-letter, unpublishable profanity.I now recognise my initial shock as a symptom of my privilege; after all, these statistics only briefly capture the reality of a situation that their subjects – the criminalised, over-policed groups – know all too well.This statistic is now a staple in New Zealand’s criminal justice ‘debate,’ used by both advocates of penal reform and those wishing to resume the status quo.Whenever I hear it quoted, I’m mindful of its polarising effect. It can be – and often is – used to bolster arguments that forward problematic stereotypes about the nature of crime in New Zealand. The statistic, when used in this way, is far-removed from its context; it says nothing of the legacy of colonisation in New Zealand, it says nothing about the over-policing and targeted criminalisation of Māori, and it says nothing about fundamental disparities in sentencing practices in this country.Yet, when this statistic – that Māori represent 50% of New Zealand’s prison population, despite making up only 15% of the general population – says nothing about racial inequality in the criminal justice system, it simultaneously tells us everything that we need to know. When it is quoted by experts on the criminal justice system, it tells us that the over-representation of Māori in our prison population is a direct consequence of colonisation, targeted criminalisation of Māori communities, and fundamental differences in how Māori and non-Māori are sentenced in court.‍

On Wednesday evening, I was ‘surprised’ for a second time. A friend of mine had reposted a graph published on JustSpeak’s social media platforms. The graph, taken from a Waitangi Tribunal Hearing on prisoner voting rights, indicated the rate of removals from the Electoral roll following imprisonment by ethnic group from 2004-2018. The image, reprinted below, speaks for itself. From 2004-2010, the rates of disenfranchisement between Māori and non-Māori are comparable; as expected, it shows that, of the people removed from the Electoral roll as a result of imprisonment, Māori are significantly over-represented. In 2011, there is a sudden spike in the rate of disenfranchisement for Māori, jumping from 54 per 100,000 in 2010, to 559 per 100,000 in 2011. The rate of disenfranchisement for non-Māori between the same years is comparatively small, jumping from 26 per 100,000 in 2010, to 60 per 100,000 in 2011. There is, undoubtedly, some kind of statistical manipulation that my small ‘liberal snowflake’ brain can’t comprehend going on here, but the disparities in these numbers are simultaneously telling.

In order to understand the sudden rise in the number of Māori removed from the Electoral roll, some context is needed. Prior to 2010, the removal of the right to vote was reserved for the so-called ‘serious offenders’ in New Zealand, defined as anyone serving a prison sentence of three or more years. In 2010, the National-led Coalition decorated themselves as the “angels of democracy”, before enacting one of the most blatantly anti-democratic policies imaginable. Citing the will of the “ordinary sort of bloke”, National imposed a blanket ban on all prisoners’ rights to vote; under the new legislation, anyone sentenced to a term of imprisonment of any length was automatically removed from the Electoral Roll and was disallowed from re-enrolling until after their prison sentence was complete.Unlike previous legislation which imposed limits on prisoner voting rights, the then-government’s new policy captured the ‘non-serious offenders’ as well. The sudden spike in Māori disenfranchisement in 2011, then, speaks to the ways in which seemingly ‘tough’ criminal justice policy has a disproportionate impact on Māori, irrespective of intention. Māori, as the people who are more likely to be imprisoned for comparatively minor offences, are disproportionately ensnared in New Zealand’s disenfranchisement framework.Despite the legislation’s clear implications for Māori, there was little mention of ‘Māori’ in parliamentary debates at the time; I can find only five MPs who specifically referred to the impacts removing prisoners’ right to vote would have on Māori. Five. Of the handful of politicians who spoke to the racial politics of removing prisoners’ rights to vote, no one laid out the issue as articulately as Hone Harawira: “It does not take very much consideration to realise that with Māori and Pasifika constituting the great majority of the prison inmates, the Polynesian voice would be the voice that was silenced by this legislation… This bill… aims to take us back to a time when exclusion defined us as a society, and to reset us on the track of slowly but surely rebuilding the walls of denial and racism.”“Rebuilding the walls of denial and racism”. It doesn’t take much in-depth research to determine that Harawira’s warning was spot-on. Any discussion of racism in New Zealand is very quickly tainted with denial and racism, and – to be specific – denial of racism. When New Zealand film director and face of the Human Rights Commission’s ‘Give Nothing to Racism’ campaign, Taiki Waititi, described the country as “Racist as [again, there’s an unpublishable profanity here]”, his comments were met with furious denialism. His comments were, for example, labelled “treasonous” by some. More recently, we might think to last Christmas, when the organisers of Nelson’s annual Santa Parade were forced to apologise for replacing their ‘traditional’ Santa with a Māori man dressed in a korowai. “We’re not racist,” the opponents seemed to say, “but Santa – an entirely fictional character – definitely can’t be Māori.”All this does not mean to suggest that the proponents of these views are individually ‘racist’, just that – as a society – there is a tendency to sweep racism in all its forms under the proverbial rug. The toxicity of this logic should not be understated as it allows us to stand by, complacently, as our criminal justice system puts more and more Māori men in prison, yet Heaven forbid we dress one in a korowai and call him ‘Santa’. In our insistence to ‘not be racist’, we continue to silence the voices of those who can speak to its affects: its victims.The graph, presented on JustSpeak’s social media platforms, ‘surprised’ me because, until Wednesday, I had not fully appreciated the impact of removing prisoners’ rights to vote on Māori. To me, the graph shows, clearly, the ‘silencing’ effect disenfranchisement has on Māori; after all, what other purpose is there to disenfranchisement if not to ‘silence’ the democratic voice? How can we consolidate this successful attempt to silence the democratic voice of our prisoners – and, by extension, the democratic voice of a significant number of Māori – with our own aspirations to be a truly ‘non-racist’, or at least ‘less racist’, country?Despite there being no evidence of its deterrent or rehabilitative effect, despite it violating the principles of the Treaty of Waitangi and despite it breaching our own Bill of Rights Act, the removal of the right to vote was still implemented in 2010. It is one of the only pieces of criminal justice legislation that continues to baffle me, today. I’m ‘surprised’ that – nine years later – we have seen no clear commitment from the current Labour-led Coalition to repeal the law, despite Labour MPs passionately describing it as a flagrant ‘attack on our democracy’ at the time. Restoring the right to vote simply represents a commitment to all three of those things: the Treaty of Waitangi, the Bill of Rights Act, and the principles of a fair democracy. It doesn’t only represent a commitment to transformative change, it signals a commitment – and no small one at that – to right at least one of the many historical wrongs committed in this country. At the very least, it sends a message that, no matter how much we might disagree with what people have done, we still believe wholeheartedly in their right to exist on the ballot, that we would still like to hear – not silence – their important voices.‍Daniel Botha is a Postgraduate student in Criminology at Victoria University of Wellington and JustSpeak Volunteer